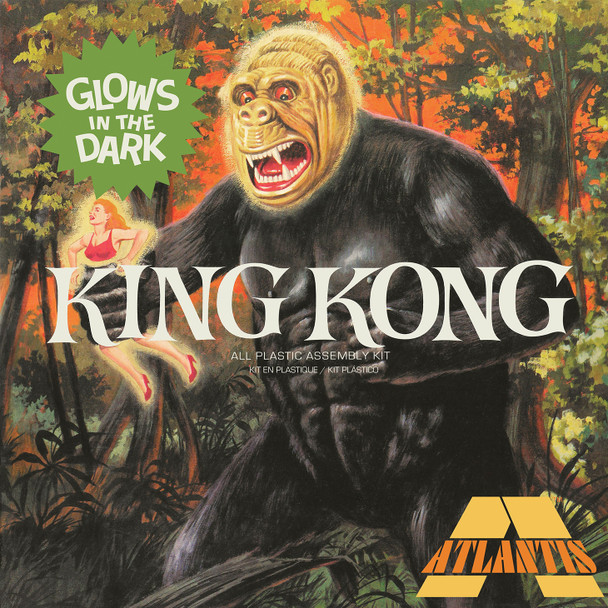 SKU:
A465
UPC:
MPN:
Condition:
New
Availability:
Usually Ship in 24hrs
Shipping:
Calculated at Checkout
How tall is the model when complete:
The model stands 9.5 inches tall
What age is recommended:
Ages 14 and up
What paints do I need:
We recommend Black, Gray, Tan, White, Red, and Flesh
Does it come with paint and glue:
Paint and glue are sold separately
How many parts are included:
64 parts

MSRP:
Now: $39.99
Was:
Metaluna Monster Figure. The tooling is based on the Aurora Pattern. Aurora never actually produced the kit. It was supposed to be part of the Monsters of the Movies line. The Atlantis kit comes from...

Snoopy and his Sopwith Camel with Motor SNAP

MSRP:
Now: $29.99
Was:
Snoopy and his Sopwith Camel Snap Model Kit w/Motor: Considered to be the most popular model kit of all time and it has never been reissued! Snoopy is ready for battle against the dreaded Red Baron,...

MSRP:
Now: $64.99
Was:
1/16 Scale. This kit measures over 11 inches long. Highly detailed with over 100 plus parts. Parts come molded in metallic green, gray, chrome and clear. Also includes tubing and wiring and newly...

MSRP:
Now: $19.99
Was:
This kit measures 5 inches in Diameter. Features finely engraved hull with detailed landing gear. Comes molded in silver with a display base molded in white. The Display base was last used by Aurora...

MSRP:
Now: $24.99
Was:
1/40 Scale. This kit comes molded in white. It will included decals and the original 2 color instruction sheet. Missile moves up and down and comes with 3 ground crew figures. 70 parts. Produced...